home about us hear us history join us contact 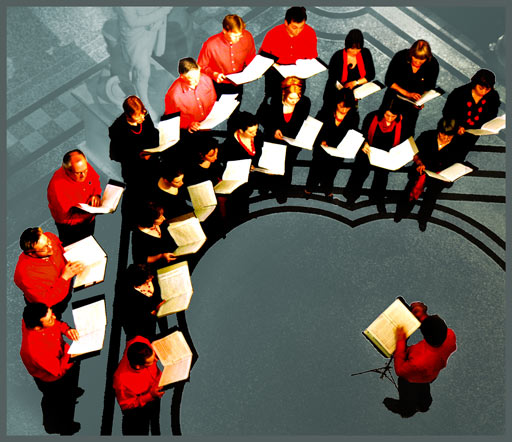 Rudsambee is a charity registered in Scotland, nr. SC037564
Contact the author

Rudsambee was created and built up by Sheena Phillips, an inspirational leader, dynamic organiser and true friend. In January 2000 she moved to the USA, where she has developed a busy and successful career as composer, music publisher, choir director and singer. After that we enjoyed seven successful and adventurous years under the direction of Frances Cockburn, until she moved on to create a brilliant new group, the Wild Myrtles, and later the trio Simmerdim. We then asked Ollie Singleton — at the time a music student in the University of Edinburgh, and our youngest member — to lead us, which he did with success and distinction until mid-2012. Fortune smiled on us once again when we persuaded Ciara Coleman to take over, bringing us new music, new skills, and a great deal of fun. She moved back to Ireland in Autumn 2016 to pursue her career. We were lucky once again in finding Derrick Morgan to take the reins, and Rudsambee continues from strength to strength.

We have enjoyed visits to/from

Our own travels have taken us to

as well as two tours of venues in the North-West of Scotland (1999 and 2006), with support from Awards for All and Highlands and Islands Arts.

We made seven CDs in the days when that technology was popular.

What we can remember of our history is here. If you have anything to augment it, please send it in to our archive.

Here are listings, year by year, of our past performances, with a few photographs.For more images from the past, you can follow these links:

Singers in November 2002 (roll your mouse over the windows) 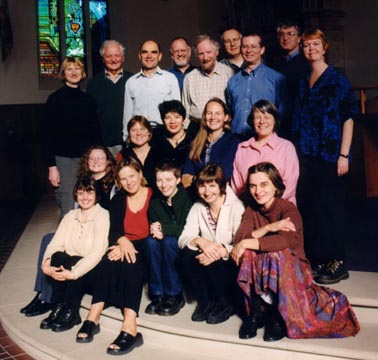 Rudsambee drinks to your health 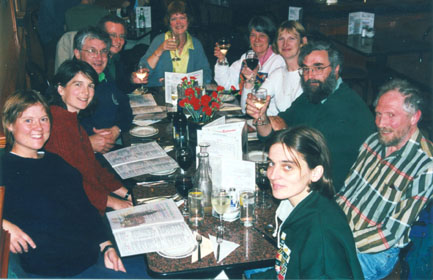